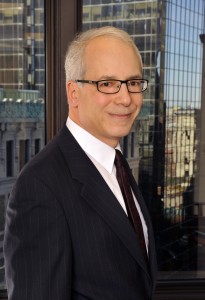 Michael Tabb has practiced complex civil litigation for thirty years, with significant experience in False Claims Act litigation since his first qui tam whistleblower case in 1994. In that case, Mr. Tabb successfully recovered a multi-million dollar settlement from a defense contractor and the inspection company that approved the work relating to the sale of defective flatracks—steel structures used to safely transport armored vehicles and tanks across oceans. At the time, it was one of the largest settlements in a non-intervened case. After securing those loose cannons on the high seas, Mr. Tabb focused his False Claims Act practice on the pharmaceutical and health care industries, scoring high profile victories against pharma giant Pfizer and litigating several other False Claims Act cases against drug manufacturers, medical device manufacturers and medical providers who have defrauded federal and state health care programs.

Although Mr. Tabb maintains his practice in corporate fraud, professional liability and intellectual property, representing such clients as members of the bands the Beach Boys and the Smashing Pumpkins, he specializes in False Claims Act cases, in which his experience rivals that of any other attorney in the country. A formidable writer and seasoned advocate, Mr. Tabb has benefited False Claims Act whistleblowers in a variety of contexts, where elegantly penned complaints and disclosures are often the difference between success and failure.

Mr. Tabb often shares his False Claims Act expertise with other attorneys, including a 2011 presentation on statutory changes effected by the Patient Protection and Affordable Care Act.